When I visited Japan in November 2012 the first things one of my friends asked me was "Hey Gman, are you going to visit the Robot Restaurant?" I was like "Wat? What's that?" They just said go check it out so ... I did

First off Tokyo has a bunch of themed restaurants. Some of them are similar to the Rainforest Cafe in that they are mostly just a restaurant that's very decorated. Examples include the Christon Cafe. A small chain that has a "Church" theme. There are also some that have minor events during you meal. Ninja in Akasaka is a restaurant where the waiters dress as ninjas and appear and disappear in secret doors. There's also a couple of jail themed restaurants like LockUp where you sit in a prison cell and once a hour they clamp down the place and fake police come through to enforce the law. Given that I'd been to all those places I expected something along similar lines and in the interest of being surprised I decided not look up too much about the Robot Restaurant before hand.

It turns out though that the Robot Restaurant is not really a restaurant. It's more like a Las Vegas show that happens to give you some food. In fact the food is just a bento box. They only have 2 choices and for those with dietary restrictions you are S.O.L. (but of course you already new that or you wouldn't have visited Japan in the first place 😉) 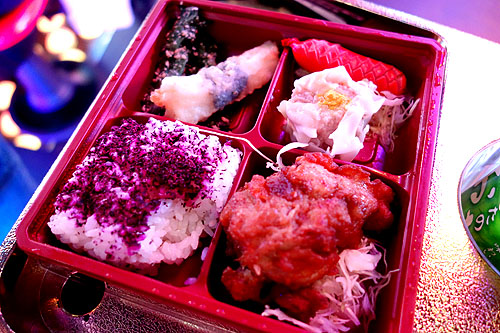 I have a feeling the food is to get around some law. Or maybe it's just the word "restaurant" makes it seem more appealing to a wider audience.

Anyway the location is in Shinjuku's Kabukicho which is one of the many red light districts of Tokyo. Buried among all the shops in that crazy part of town is the Robot Restaurant. I wish I had taken better pictures but the Robot Restaurant's entrance is like Vegas on steroids. I don't think there's a single surface in the entire place that isn't flashing with colorful lights. 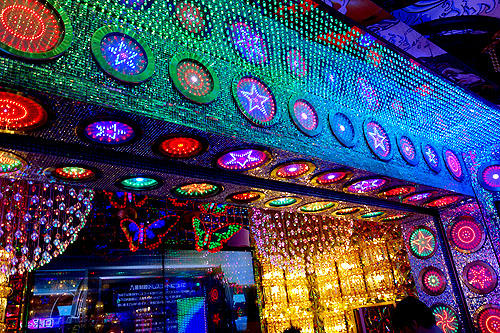 The meat of the Robot Restaurant is basically an hour long show about half of which consists of dancing girls and the other half of people in robot costumes. It was good fun. 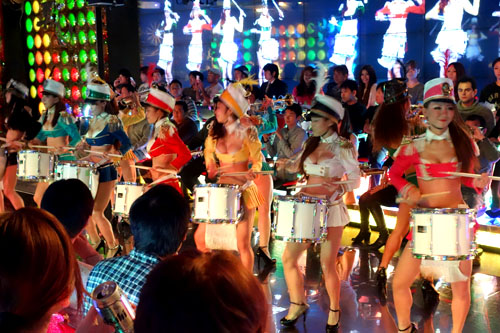 At some point in the show they started the Robot Wars.

and of course other robots 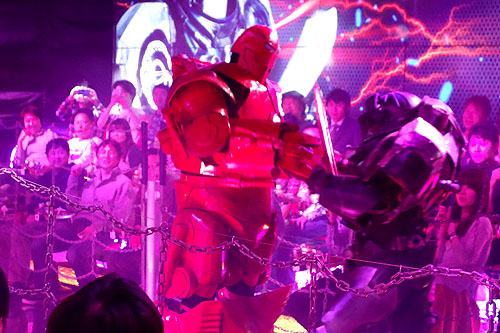 They also have these giant robot women machines. 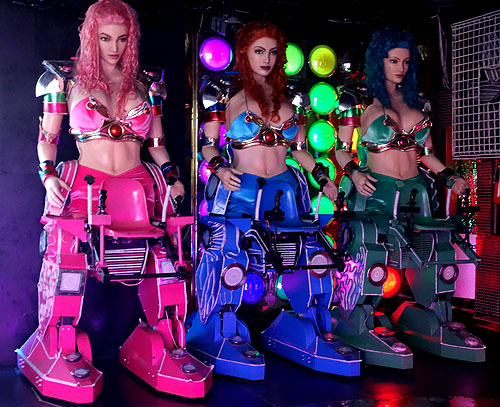 At some point they pick volunteers and let them ride the robots. The robots can actually be driven around. 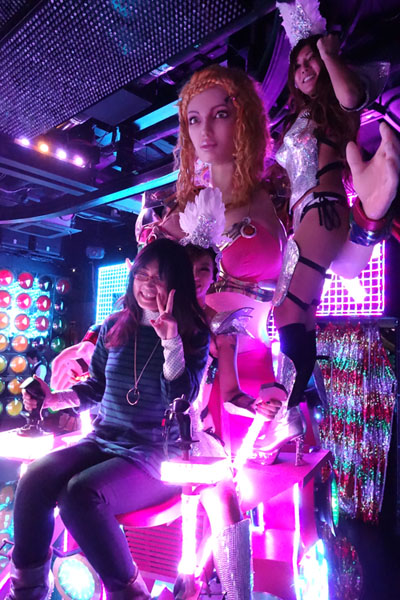 Personally I thought it was great ridiculous fun. If you're in Tokyo it's certainly an experience. I called 2 days before the day I wanted to go to try to make reservations for 4 people and was told there were no openings that day but there were some the next so if you're planning to go be sure to call early. The Robot Restaurant website is here. I don't see any English so you might want to have your concierge make the reservations for you. Digital cameras are welcome though they'd prefer you only take pictures and no video. Also other than your camera they don't want to bring anything into the theater like coats, jackets or bags though they do provide free lockers to lock your stuff up. One last thing, they don't allow people with tattoos so if you have tats be sure to cover them. The reason tattoos are not allowed in general is because in Japan tats represent that you are part of the mob.

Tags: japanrestaurantrobots
Comments
What's up with the small backpacks?
A World With No Privacy