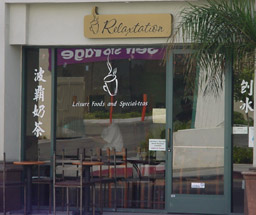 Relaxtation is where I was first introduced to Black Pearl Milk Tea or Bo Ba Nai Cha (Bo Ba for short).  Bo Ba I believe is pretty much any drink that you put large tapioca balls in the most common being Black Tea and Milk.  Once you try this I think you'll be addicted.  Each place I've had it has been a little different in the same way I supposed that coffee is different at different places.  Here's a quick review of the places I've had bo ba 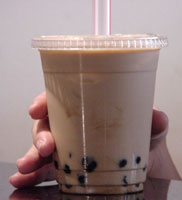 Update:Well, I found out from my friend Doreen, who is from Taiwan, that Bo Ba is not the real name of that drink.  The real name is "zhen zhu nai cha".  Bo Ba is the term for big breasts.  Because the balls in zhen zhu ni cha are big and squishy some people started referring to them as Bo Ba.  So, now when somebody tells you they want to drink Bo Ba you can have a laugh as you explain what they just said 😉

I also found out that in Japan it's called Momi Milk Tea.  I have no idea where the term Momi comes from.