In the city of Meguro in Tokyo there is a place called the Kiseichuu Hakubutsukan or in English.

They say this is a place to take your date!  I guess because she screams and squeals and grabs on to you for dear life.  There was some pretty gross stuff there.

Jars and Jars of parasites.  Some of them still inside the animal which they infected. :−q

Going to a place like this and you never want to eat sushi or non−well cooked food again. 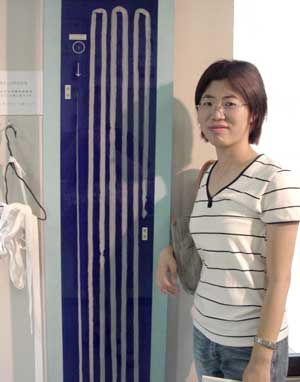 In fact they had a 8.8 meter tape worm that was taken out of a human.  They claim it was from eating sushi.  Will I ever be able to eat sushi again?

If you want to go it's about a ten minute walk from the Meguro station on Yamanote line.  Or you can catch a bus that goes to Ootori Temple which is just down the street.

I should warn you though.  It's acutally pretty small.  It consists of just 2 floors of a multi story building.  No big signs or entrance.

Even so they claim to have the largest collection of parasites in the world.

There were a few disturbing pictures.  I'm still debating if I want to post any of them here.  For now you can see a few similar pictures on this site. 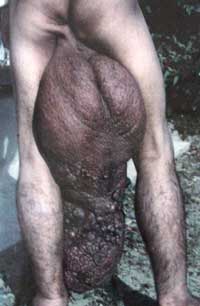