This page is just a collection of random pictures which I couldn't think to put other places.

After I went to Tsukiji I hung out with Natsuko and we visited some of the sites around tokyo.

I had seen an ad on the train a few days earlier for a Japanese craft fair that I thought I remembered was at the Tokyo Dome so that's where we went. 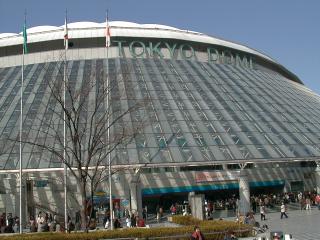 Unfortunately it was not there. 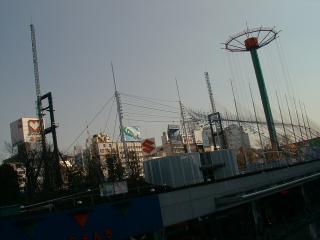 Next to the Tokyo Dome is a small amusement park.  It was kind of interesting seeing an amusement park squeezed into the middle of a city.  I'm sure there are others like this outside Japan but there are none like this in California. 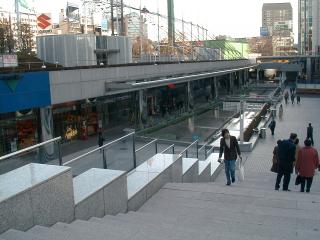 Below the amusement park is a small shopping center. 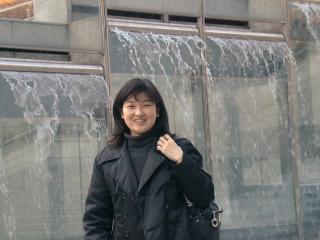 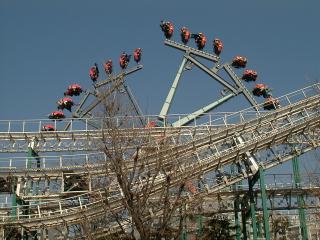 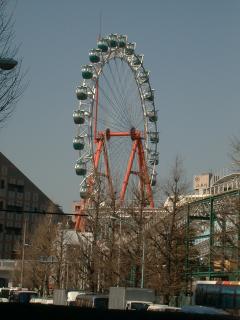 We weren't really in the mood to ride anything.  Our final destination was the Tobu store in Ikebukuro which is supposed to be the biggest department store in Japan.  That means it has the biggest food basement.  It also has over 70 restaurants on the top 5 floors.

Next to the Tsukiji market is a park.

Natsuko said it used to be the residence of one of the relatives of the Emperor along time ago. 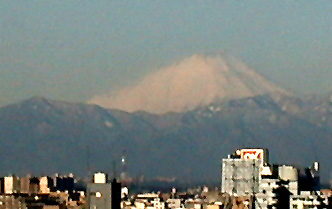 This is Mount Fuji (or Fuji−san) as seen from Sega.  It's supposed to be good luck to see Fuji−san and I saw it from my bosses office the day I interviewed at Sega. 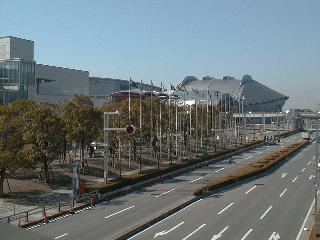 This is the convention center at Makahari−Messe.  It's a pretty cool place as all the building there and hotels are very brand new sparking clean.  Lots of glass and steel.  This is where they hold the Tokyo Game Show where they show most of the newest video games for the home. 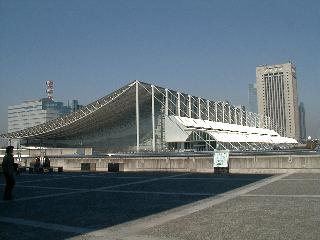 The only bad thing is it's like 40 minutes outside of Tokyo and there is nothing else out there.