Or Fujikyuhirando as it would most likely be spelled in Japanese is an amusement park at the base of Mt. Fuji.  I checked it out with some friends in December. 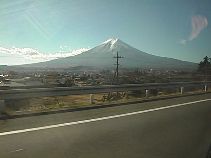 Here you can see mount Fuji just a few minutes from the park. 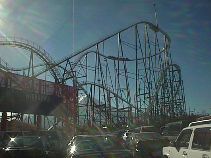 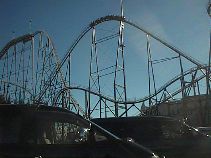 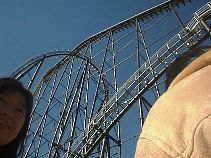 They claim to have the tallest roller coster as of 1997.  The Fujiyama II.   It's around 250 feet tall with the first drop at around 235 feet.   Unfortunately there are no inversions but after the second drop the ride never slows down which is really cool. 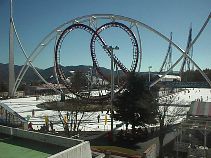 They also have a Flashback style coaster.  You get pulled up the drop on the right by a cable and then go through the ride both backward and forward. 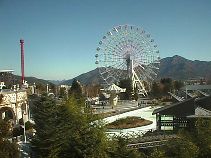 Now this is a ferris wheel!  That thing is like at least 180 ft tall. They may have some like that in the states but I've never personally seen one.  For whatever reason ferris wheels scare the crap out of me.  Much more than any of the "thrill" rides. 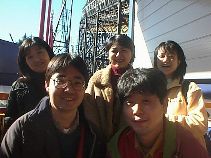 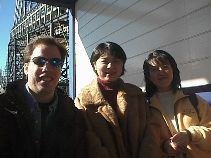 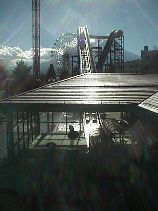 This is there version of Tidal Wave but I'd sware it's more than 1 1/2 times larger than Tidal Wave at Six Flags Magic Mountain. 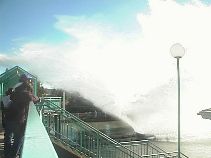 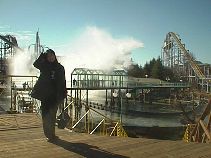 And it makes a HUGE splash. 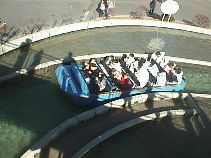 Being that it's like winter and 35f degrees or less outside you have two options.   You can borrow a plastic pancho... 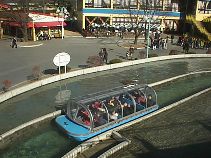 Or you can ride in the covered boat.  That's my friend Natsuko in the middle window. 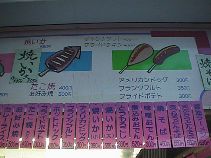 Here's the menu at one of the snack bars.  You can see on the right you get a hot dog, a corn dog or on the left you can get squid on a stick.  Yum! 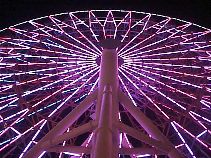 Here's the ferris wheel at night just before I rode it 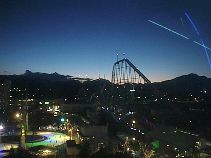 And here's looking back at Fujiyama 2 while at the top 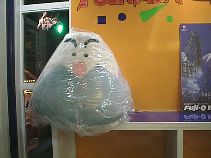 This is Fuji−chan.  They stuffed animal version of Mt. Fuji.

After we left the park we went to try the local food.  The area near Mt. Fuji has a special type of food called Houtou (Hoe Toe). 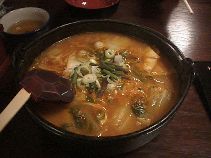 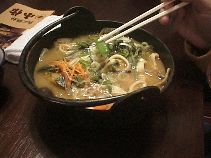 It's kind of like Nabe or Udon but the noddles are thick and flat.  I'm not sure what other differences there are but they had many kinds and most seemed to have kabocha in them which is Japanese pumpkin except kabocha has a dark green skin and has the consistancy and taste of a sweet potato. 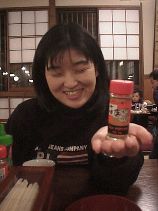