Hey, so maybe you want to date me?

You'd like to find out more about that side of me?

I'm a video game programmer. I've been doing it for 15 years now and so I'm doing pretty well in my chosen profession. Lots of experience equals lots of oppotunities. I'm considered one of the best in the business.

On Japanese, I've been studying for about 4 years now and I lived in Japan for 9 months. I'm still learning but I can have a simple conversation in Japanese.

On Music, of course like most people I like music but unlike most people I think my likes are a little more diverse. I have over 600 CDs and I think you'd be hard pressed to find a theme except there is no country music. Lately I've been getting into Swing Music and I think it would be fun to learn to Swing dance. Generally I like music I can sing to or with a good beat. Stations I listen to, KROQ, Y107, The Beat, NPR, KABC.

On Movies, I like pretty much all types except movies about affairs/cheating etc. My favorites include Blade Runner, Rasing Arizona, Moonstruck, Brazil, Delicatessen, Say Anything, Swingers, Dark City. Now that I'm working next door to 14 theaters I get to see everything just by stepping outside after work. Way cool.

On Computers, Well, I'm a programmer. It's surprising but I've met programmers that don't seem to be interested in computers. Of course those guys generally seem to not like their work. Me on the other hand can do pretty much anything related to computers and if I don't know it I can pick it up pretty quickly. The next big thing I want to do is to make music using my computer and a music keyboard.  It's funny though but I really don't spend much time on it at home.  Mostly e−mail and the occasional home project.

On Video Games, Like most boys I loved video games as a kid and I still love them. I am particular though. I try only to play good games. That means that I don't play everyday (except for playtesting the game I'm creating at the moment). The last game I played was Zelda 64 for the Nintendo 64. Playing a great game is like reading a great book. I can't stop until I'm finished. I played Zelda for about 5 days 10 to 16 hours a day until I finished. That kind of thing happens about 3 times a year. Of course the same thing happens with a good book. I just can't stop reading. The next game I want to play is Um Jama Lami.  A musical game and the sequel to Parappa the Rapper. I'm not into most of the sports games nor am I really into sports at all though I don't mind playing them with friends when I get the chance. I would love to get into something on a more regular basis like Rollerblading, Tennis or Bike Riding.

Nationality wise I'm a mutt. Hawaiian, Tahitian, Portuguese, Chinese, English, Irish and Dutch. My father's family is from Hawaii and that's the part of my heritage I know the most about. I'm not very religious though I used to be during high school. That probably kept me out of alot of trouble. Now I only get religion when I hear loud noises.

I don't consider myself a wild person but if you go by where I've lived then at 18 I ran away from college in Utah to live with my girlfriend in Philadelphia. We ended up in Baltimore and I lived there for 3 years (about a year and a half more than the relationship). After that I lived in West LA, then back to my home area in Orange County. I moved to the San Francisco area for 2 years which was fun. San Francisco is a very beautiful city. Then I moved back to South Orange County to start a company with some friends. When the opportunity came I moved to Japan. I expected to be there for 3 years but I ended up coming back early and so now I am in West LA again. I'm not sure where I would like to finally settle but I can say I never "intended" to move all over the place it just kind of happened.

I'm think I'm looking for a woman that has some interests, hobbies and/or a career (that means I've met women with none of those). Intelligence is a must. If you believe in astrology or use Cosmo magazine as a guide for your life please look elsewhere. A good sense of humor which means you can laugh at almost anything. In other words you can laugh at South Park or Beavis and Butthead even though you know it's not P.C.  You find humor in black comedies like Vampire's Kiss and Cold Blooded. An open mind and easy going attitude which means you don't take offense easily and not much pisses you off.  For example you can laugh at a ridiculous cheesey b−movie by Troma with scantily clad women instead of being offended.  Generally you're set to have a good time no matter what life throws at you.  In other words if the waiter brings the wrong thing it doesn't ruin you're whole evening.

If you came here from match.com and you are curious where 'anon.echidna' comes from then check out 'What is an Echidna anyway?' Also, my main web page is at http://www.greggman.com where there's lots more stuff.  You might also like to check out my la.matchmaker.com profile since their are lots of questions and answers.

I suppose you'd like to see some pictures.  You could browse my pages.  You might find a few there.  How about these from elsewhere on my webpages. 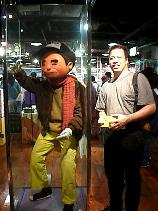 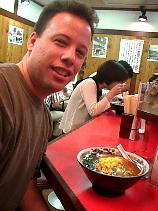 There's a dating service called 'It's Just Coffee'. Their belief is that if you meet someone you'll know within the hour whether or not you want to see them again. So what do you think? Write me here and lets discuss it over lunch.