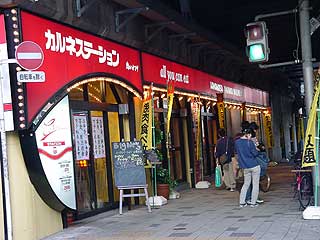 Once in a while when my friends and I feel like bursting our stomachs on the cheap we head over to this place called Carne Station.

It's in Akihabara directly under the train tracks for the Yamanote Line. You exit from Akihabara Station and then walk toward Ueno down the main street of Akihabara until you hit the second major intersection were the Suehirocho station  (末広町) of the Ginza metro line is. Turn toward the train tracks and you'll find it under there. It's less than a 10 minute walk.

For lunch it's amazingly cheap for Japan. Something like 1000 yen for all you can eat yakiniku. 1200 if want soft drinks too. 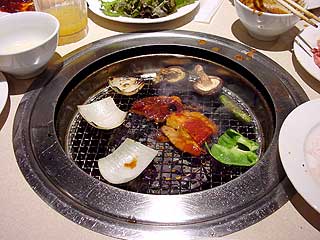 But it's not just yakiniku. They have 5 or more kinds of meat. They have lots of veggies and salads.  They have rice and curry.  They have egg rolls and shumai and French fries and other fried foods.  They've even got dessert including 4 to 6 favors of ice cream, almond jello, fruits and various other things. 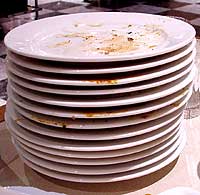 This is what happens when 6 guys go pile on the grub. Not a pretty site but no complaints either. It's not gyu−kaku but it's still good!